The Fire and Life Safety Professionals ® - Since 1911

Each year, fire destroys over $21 billion in property value. With the growing awareness of fire and life safety, including the additions of city, state and federal laws, Croker has established itself as the industry's leading service company for fire and emergency preparedness. 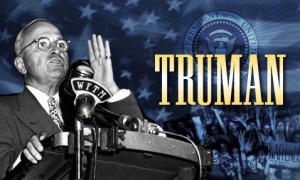 In 1947, President Harry S. Truman called for, hosted, and participated in the “President’s Fire Prevention Conference of 1947.” The participants in the conference were some of the brightest minds in America at that time. The purpose of the meeting was to identify ways to prevent fires. However, what evolved out of that meeting was the application of a military concept in dealing with safety. That concept was identified as the “3 E’s,” engineering, education, and enforcement and it applied well to fire safety.¹

The purpose of education is ultimately to change behaviors. Fires have for too long been generically categorized as “accidental.” For instance, the cause of a fire is blamed on a misplaced candle or materials placed too close to a furnace. The candle or furnace caused the fire not the person originally behind the action. Responsibility must be correlated between actions and persons with fire.

Nearly all fires can be prevented with the “3 E’s. Education is the most cost effective fire suppression activity the fire service can engage in. By preventing fire from ever starting, costs to municipalities and the overlooked costs to citizens devastated by fire are dramatically reduced. 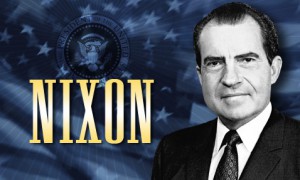 “The Commission on Fire Prevention and Control has made a good beginning, but it cannot do our work for us. Only people can prevent fires. We must become constantly alert to the threat of fires to ourselves, our children, and our homes. Fire is almost always the result of human carelessness. Each one of us must become aware-not for a single time, but for all the year-of what he or she can do to prevent fires.”²

Fire Prevention Week marks the anniversary of the Great Chicago Fire of October 8-9 1871. That blaze, which raged for several days, claimed more than 250 lives and destroyed more than 17,400 structures. Like later major fire tragedies such as the 1911 Triangle Shirtwaist factory fire in New York (145 fatalities) and the 1942 fire in Boston’s Cocoanut Grove nightclub (491 dead), the 1871 Chicago Fire prompted much-needed reform by focusing attention on fire prevention and fire safety.

In 1911, to commemorate the 40th anniversary of the Chicago Fire, the Fire Marshals Association of North America proclaimed the nation’s first Fire Prevention Day to promote public awareness of fire safety. Fire-awareness programs and parades were held throughout America.

In 1925, president Calvin Coolidge declared Fire Prevention Week an official national observance. Ever since, the Sunday through Saturday period containing the October 9 anniversary of the Chicago Fire has been the focus of an annual fire-safety-awareness campaign sponsored by the National Fire Protection Association.

National Preparedness Month marks the anniversary of the tragedies of September 11, 2001. Since the 9/11 terrorist attacks, our nation has taken great measures to better prepare for unforeseen emergency situations that may arise at any given time.

Since its inception in 2004, National Preparedness Month presents a month-long nationwide campaign to promote emergency preparedness and focuses on prevention, protection, response and recovery efforts for all hazards, including terrorist attacks and natural disasters.

Throughout the month of September, families, companies and communities are encouraged to be aware as to the importance of being prepared by developing and/or reviewing disaster plans and procedures, scheduling and conducting fire/emergency disaster drills, gathering supplies and staying informed.

Croker is a long-standing partner with New York City’s Office of Emergency Management’s (OEM) Partners in Preparedness program.  This nationally recognized program supports organizations in preparing their employees, services, and facilities for emergencies.

Member / Associations
(Including but not limited to)

Note: All logos and images represented on this page are the exclusive property of the corporations, organizations and/or agencies listed.

Consult with Croker today for all your fire safety, emergency / disaster and life safety needs.

THANK YOU FOR YOUR INTEREST IN FIRE AND LIFE SAFETY.